In Mozambique’s Niassa Province, approximately 44% of children under five in the region were found to be stunted due to malnutrition in a 2013 study. With support from Irish Aid, CIP has taken action to help these children by undertaking a four-year project promoting orange-fleshed sweetpotato (OFSP) as both a source of income and of vital nutrients for more than 25,000 families.

“From the outset”, says CIP’s Benjamin Rakotoarisoa, project manager, “CIP worked closely with provincial government leaders to implement the work in eight districts of Niassa. Involving the authorities was the key strategy to get OFSP beyond the intervention districts,” he says. With government support, now all 16 districts of Niassa are multiplying and producing OFSP.

That early commitment has yielded numerous positive results with hundreds of field technicians trained in vine multiplication and over 28,000 households with children or pregnant women consuming more of the vitamin A-rich storage roots. Niassa’s provincial governor has not only chosen OFSP as the emblem of the province but recommended OFSP vine multiplication to the agricultural leaders of other districts in the province. 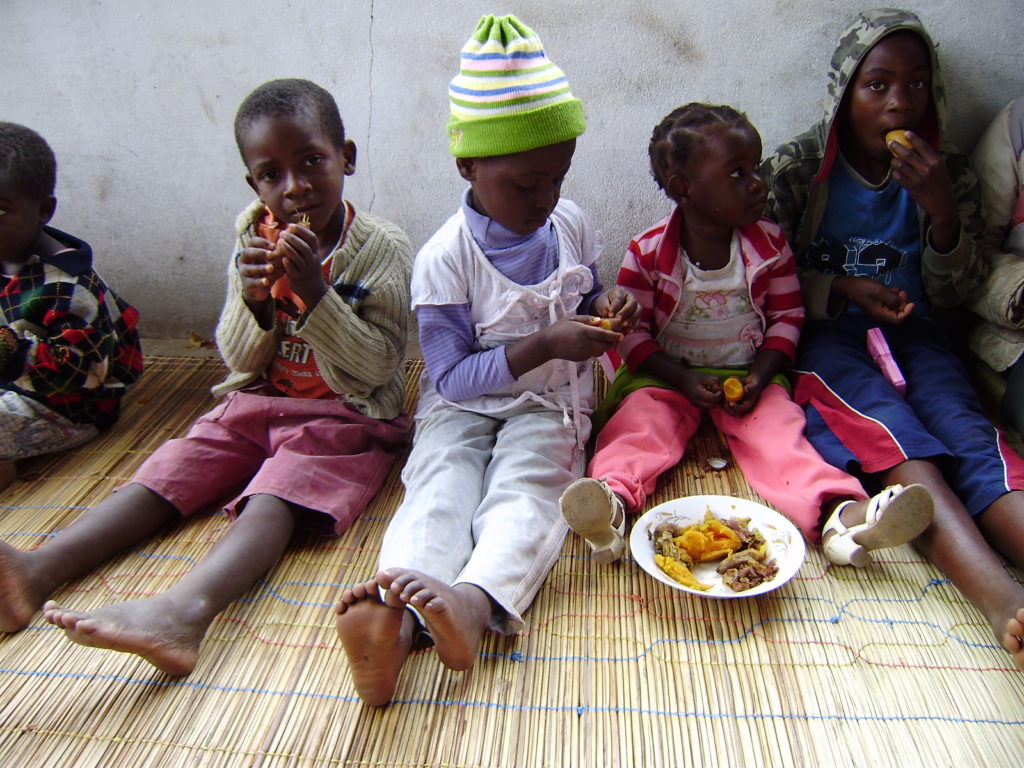 With Phase One now concluded, the project’s Phase Two launches its next four-year term in 2018. In 2017, the work will expand into another province, Inhambane. The drier climate there will require greater reliance on irrigation and on the Triple S method for careful root-based planting material conservation.

Irish Aid has long embraced tenets underpinning this project, said Jan Low, principal scientist – in particular working closely with local government in order to continue to advance awareness of OFSP’s economic and nutritional benefits. “Irish Aid is a donor who strongly supports programs to resolve food insecurity and undernutrition,” she said. Due to the dogged commitment of Rakotoarisoa’s team and others in the field in cultivating those ties, “the provincial government of Niassa is now investing in taking this integrated agriculture/nutrition approach using OFSP to scale in all the districts not yet served by the CIP-led project.”