How WhatsApp is enhancing demand for sweetpotato vines in Tanzania

In Tanzania—as in many parts of sub Saharan Africa (SSA)—orange-fleshed sweetpotato (OFSP) farmers are facing the challenge of prolonged droughts. This has led to limited demand for clean planting materials and the sweetpotato vine multiplication business has remained unattractive to many. Since 2015 Mary Ndomba and her team at Tanzania’s Ministry of Agriculture, together with partners such as the International Potato Center (CIP), have adopted innovative ways to increase awareness about OFSP and its benefits. This would drive demand for the OFSP vines upwards.  These approaches include strategic marketing through mobile phone applications and use of vehicle wheel covers as well as motorbike flaps. 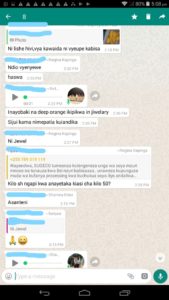 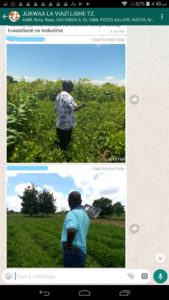 For instance, through the mobile phone application—WhatsApp—information related to buying of quality vines, roots and products is disseminated to subscribers.  The group has 112 members and comprises of government extension workers, professionals and experts in OFSP, Decentralised Vine Multipliers (DVMs), root producers and processors. This platform has eased the accessibility to vines or roots for participating members and other interested parties. This forum also serves as a good platform to share information on good farming practices. Vehicles and motorbikes normally used during field visits also carry messages on OFSP serving to ignite interest by the public. The wheel covers and motorbike flaps bear the message “Use OFSP for health and wealth” and the contact details of an expert from the roots and tubers department who answers all the inquiries about OFSP from the callers, and connects them to a DVM or any other person dealing with OFSP.  To date, 150 wheel covers and 300 flaps with OFSP messages have been distributed to North Western of Tanzania-within the Mwanza region/ Lake Zone, Central and Eastern part of Tanzania and Southern Highland Part of Tanzania. 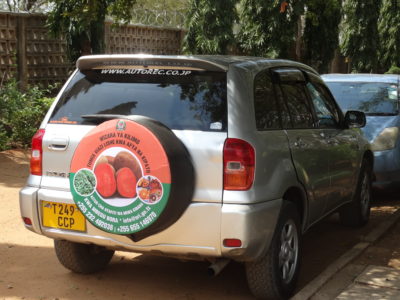 OFSP marketing on a motorbike wheel cover in Tanzania. 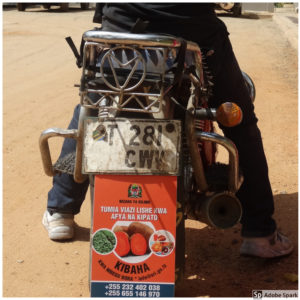 Sample message on a motorbike flap in Tanzania.

Within a year of embracing these innovative ways, the sweetpotato vines and root market has expanded by about 70%. Previously, we were using agricultural exhibition and radio episodes hence reached to 20% level of awareness,  but later we brained-stormed on innovative ways that will increase the demand of the OFSP. The result of this was  WhatsApp group initiation,  and design of wheel covers and motorbike flaps. During the recently concluded Community of Practice meeting on seed systems held in Kigali, Rwanda in June, Mary shared insights from awareness initiatives with the team of sweetpotato seed system specialists from SSA. DVMs are now making more sales due to a rising demand for OFSP roots in household diets. OFSP root producers are now undertaking home deliveries.  Majority of farmers in Tanzania grow about six OFSP varieties, that is, Kakamega, Jewel, Ejumula, Kiyegeya, Mataya and Kabode. The Ministry of Agriculture has continued to motivate farmers to farm all year round by giving land and providing resources to build dams for irrigation during the dry season. “DVMs are making more sales each season and as for the general public, more people have joined vine multiplication since they have come to understand the OFSP crop,” Mary explains. Finally, she notes promoting processing and utilization of OFSP and linking to markets will encourage demand for clean OFSP planting material.” 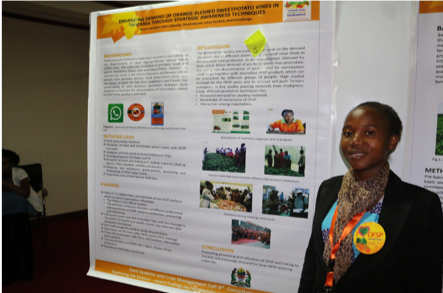