Orange-Fleshed Sweet Potatoes are the Next Investment Opportunity in Malawi

Mabvuto Mndau is a 41-year old entrepreneur from Malawi with a passion for agricultural production. He is a multiplier of planting material of orange-fleshed sweet potato (OFSP) varieties along the shores of Lake Malawi in Chikoleza Village, Golomoti EPA in Dedza District, as well as on his farm in Mchinji District. Only two years ago Mabvuto, like most commercial farmers in Malawi, had never heard about sweet potato vine multiplication as a viable business opportunity. But his interest was raised after reading an advert in the local newspaper that the International Potato Center (CIP) was sourcing expressions of interest from potential commercial multipliers. He is keen to exploit new ideas and opportunities: ‘We tried maize production but experienced that this business was not profitable enough’. The fact that he no longer produces maize but a wide variety of other crops including cassava, potato, banana, mangoes, guava, sugar cane among others on his farms proves he likes exploring alternative business opportunities. 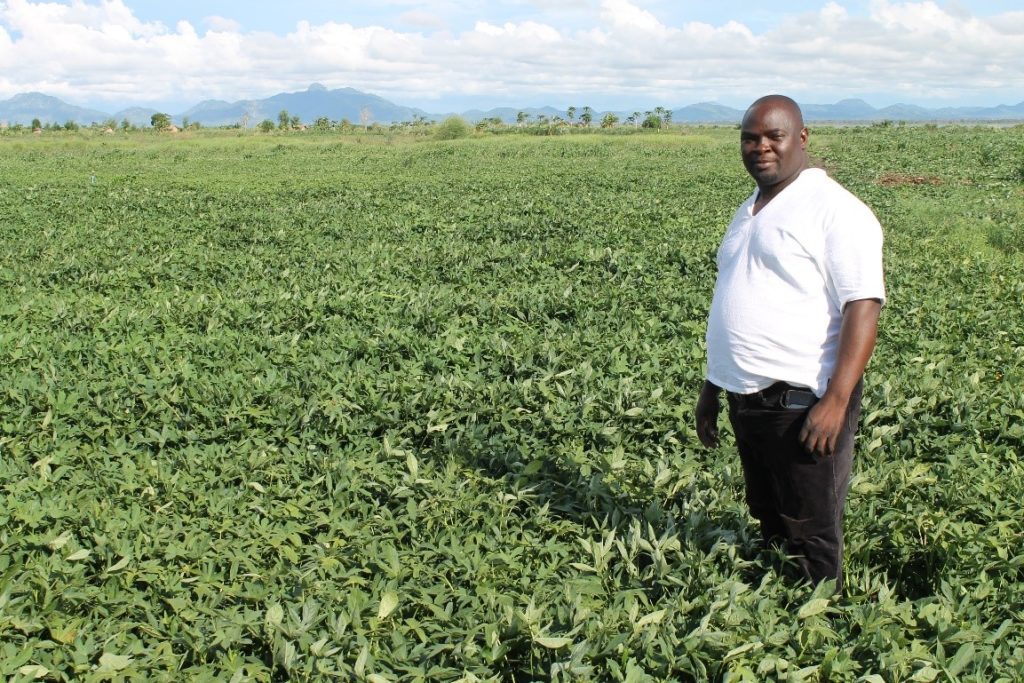 Mabvuto surely does not regret venturing into the multiplication of sweet potato planting material. He explains: ‘Thanks to the training received by CIP under the Feed the Future Malawi Improved Seed Systems and Technologies (MISST) project, I learned all the skills needed to start the vine multiplication business. I learnt that it would not be easy but decided to give it my very best effort to succeed as a multiplier’. Initially Mabvuto planted 30 bundles of material, obtained from CIP, in six beds measuring a metre by 20 meters each before the 2015/16 growing season. With special care and hard work he managed to expand his area under multiplication and sold his planting material at a good price. Encouraged by the market potential he expanded his area under multiplication to five hectares in the 2016/17 season. According to Mabvuto, the key practices to ensuring good establishment in his multiplication beds are to use a layer of mulch and proper irrigation and water management to avoid drying out of the vine cuttings.

When asked what it takes to be a commercial vine multiplier in Malawi, Mabvuto says, ‘First of all you need a strong passion and commitment to multiply quality material. Second, you need to be willing to invest in irrigation infrastructure and ensure you have committed staff that will maintain high quality standards. Last, it is important to set yourself a goal of what you want to achieve and identify all the steps you need to take to reach that goal’. Part of his planning involves expanding the area under irrigation in the dry season in order to supply in the months of December and January. This requires a lot of resources to keep his diesel operated pumps going, but it is an investment that pays off. 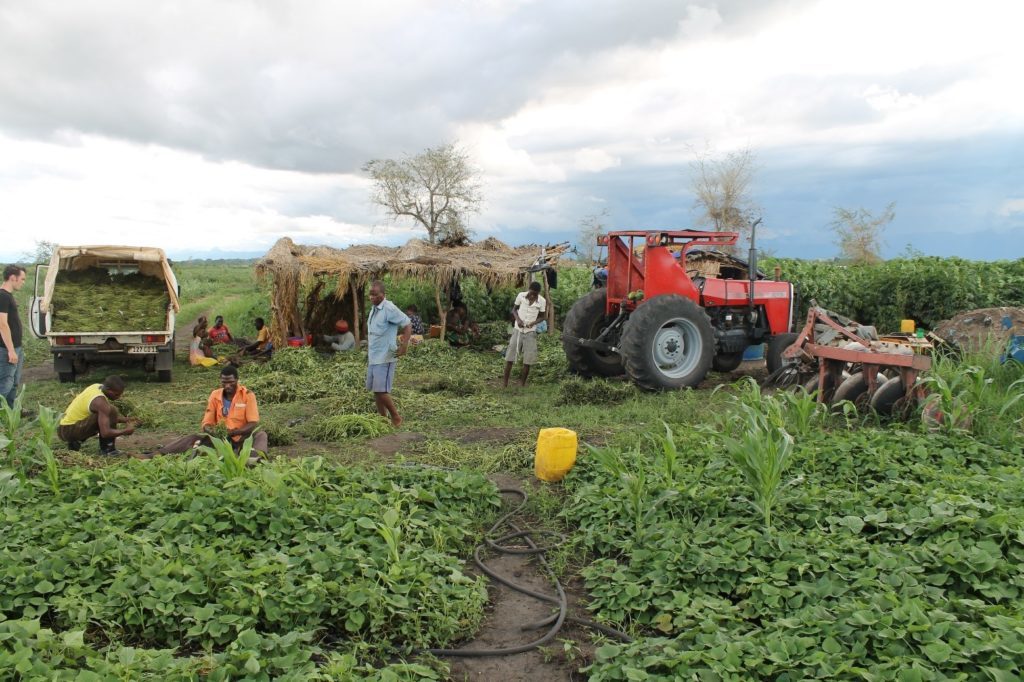 As a result of his entrepreneurial spirit and investments, Mabvuto is now preparing orders of planting material in response to the large demand for clean planting material by NGO’s  One of his marketing strategies is to advertise on the radio. As a result, he receives phone calls from other commercial farmers who want to procure his planting material for root production. Mabvuto also considers the production of roots as a profitable enterprise and is planning to allocate OFSP varieties. ‘There is high demand for these varieties because there is growing awareness that consuming OFSP is an important source of Vitamin A’. In Malawi Vitamin A deficiency is a serious problem in women and children under five, especially in rural areas. ‘I am glad that I can develop a viable business that provides employment and profit, while at the same time selling a high quality product that will largely benefit my fellow Malawians.’

The MISST project so far provided training to 40 potential multipliers that submitted a proposal, but successes are variable. MISST provides technical support, training and advice but the project does not guarantee any market and does not provide funds or equipment to these budding entrepreneurs. This ensures that only those willing to invest in irrigation infrastructure and have a marketing strategy will develop independent and sustainable businesses. WhatsApp groups and facilitating regular meetings to share successes and challenges are helping the multipliers learn from each other and identify markets. What the project has learnt from these interactions is that limited market assurance hinders expansion of area under multiplication. Due to internal procurement requirements NGOs often place tenders in newspapers to the benefit of middle men instead of directly sourcing quotations from eligible multipliers. This poses a risk on multipliers like Mabvuto but we learn that taking high risk can also result in high benefits in years when OFSP planting material is in high demand.