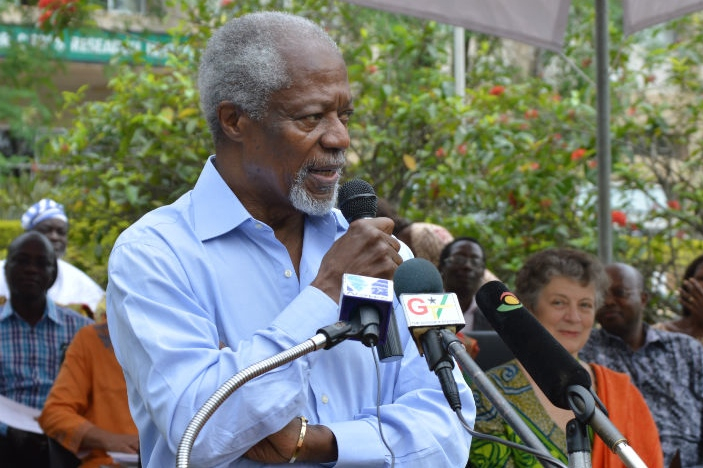 The International Potato Center’s (CIP) management and staff were saddened by the news that H.E. Kofi Annan, former Secretary-General of the United Nations and Nobel Peace Laureate, passed away last Saturday.  Mr. Annan, who served as U.N. Secretary-General from 1997 to 2006, was an international statesman and champion of the poor, a tireless proponent of peace, human rights, sustainable development and the rule of law. After leaving the United Nations, he continued to dedicate himself to improving lives through the Kofi Annan Foundation and as the Chair of The Elders: a group of global leaders founded by Nelson Mandela in 2007.

Mr. Annan was involved in efforts to solve the world’s most serious problems, and he had a special interest in agriculture. He was a driving force behind the creation of the Alliance for a Green Revolution in Africa (AGRA) and in recent years, he and his wife, Nane, were important advocates of CIP’s efforts to improve food security and family nutrition in West Africa through the cultivation and consumption of orange-fleshed sweetpotato (OFSP).

“I am deeply saddened by the passing of Kofi Annan. He was a man of great vision and integrity who dedicated his life to helping other people,” said Dr. Barbara Wells, Director General of CIP.

Dr. Wells noted that Mrs. Nane Annan is an Orange-Fleshed Sweetpotato (OFSP) champion who spoke at CIP’s 45th Anniversary event in Lima, Peru, and that both she her husband actively supported CIP’s efforts to promote OFSP in Ghana, where Mr. Annan was born and where they lived for part of the year. Vitamin A Deficiency (VAD), which can lead to childhood blindness, stunting and other health problems, affects millions of children in Ghana and the rest of Africa. CIP researchers, three of whom won the World Food Prize in 2016, have shown that promoting the cultivation and consumption of OFSP can reduce VAD in children and mothers. 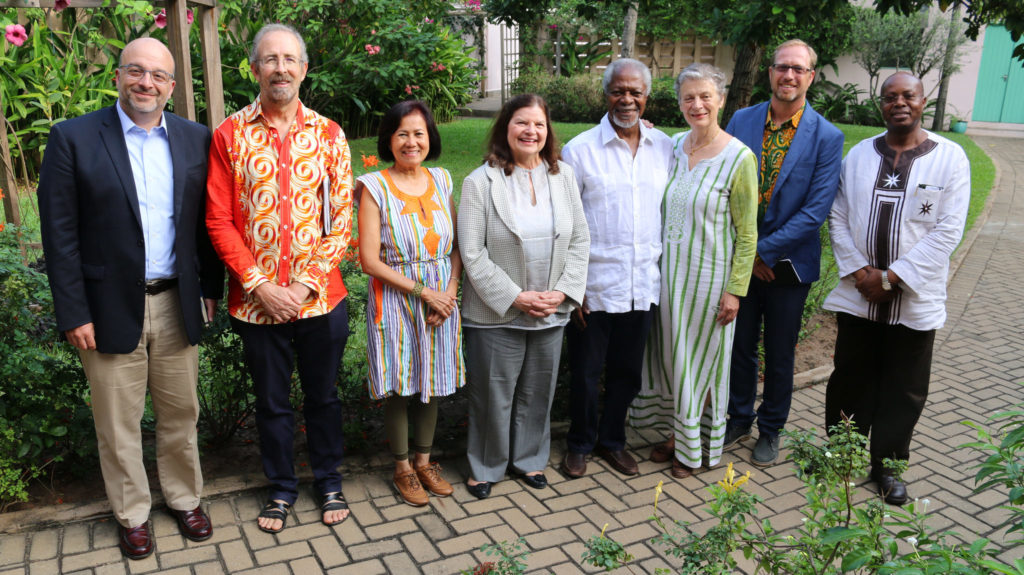 Dr. Wells met with the Annans on several occasions and joined them to raise awareness among the leaders of Ghana’s top agricultural institutions of OFSP’s potential for reducing hunger and VAD, and improving incomes. The Annan’s also visited OFSP projects in Ghana with CIP scientists Erna Abidin and Ted Carey, who noted that Mr. Annan’s support “gave great impetus to the work of CIP and partners in Ghana.”

“From our first encounter with Kofi Annan, we were deeply impressed with his presence. He was indeed a diplomat, listening carefully and respectfully to the voices of all, and synthesizing viewpoints to build consensus and commitment for the way forward,” said Carey.

“It was an honor to collaborate with Mr. Annan,” Dr. Wells said. “He was extremely accessible and helpful, and was enthusiastic about OFSP’s potential for improving the lives of poor farmers in Ghana and across Africa. In fact, he was eager to take the crop to scale and he made important contributions to our efforts to do that.”

“We send our deepest condolences to Mrs. Annan and their family during this difficult time.”