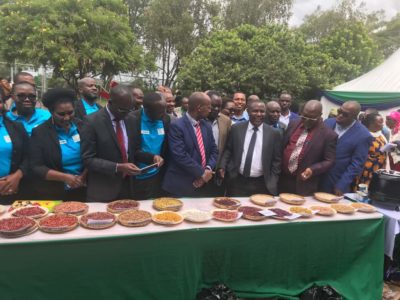 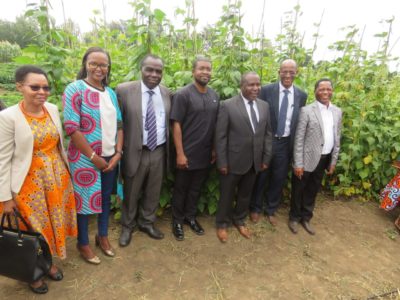 “Since project inception, we have been advocating for and promoting OFSP, PVA maize, and cassava – all useful in addressing vitamin A deficiency. The release of Selian 14 and Selian 15 high iron and zinc bean varieties completes our “nutritious food basket” and will enable us to contain the high levels of anemia in Tanzania,” says Dr. Hilda Munyua, BNFB Project Manager based at CIP.

Selian 14 and 15 are a special type of conventionally bred biofortified beans that contain high levels of iron and zinc.  Biofortification enhances the nutritional value of staple food crops such as, sweetpotatoes, beans, cassava and maize,  by increasing the density of vitamins and minerals in a crop through either conventional plant breeding, agronomic practices or biotechnology.

With this release, Tanzania joins other countries in the region that have released high-iron bean varieties such as Rwanda, Burundi, DR Congo and Uganda. The drive to release the high-iron beans was informed by the high prevalence of anemia globally and Tanzania, especially among the children under five, adolescent girls, and expectant mothers.

BNFB has an overall goal of reducing hidden hunger and purposes to demonstrate how scaling up of “multiple biofortified crops” can be achieved. The goal is that 2,175 million additional households will adopt biofortified crops in Nigeria and Tanzania because of the BNFB investment over the next five years.

“We are now all set to scale-up a “nutritious food basket” as one of the key interventions of reducing hidden hunger in Nigeria and Tanzania,” concludes Dr. Munyua.

Here is the media coverage from the launch of the high iron and zinc beans in Tanzania:

BNFB, nutrition, ofsp
This site uses cookies. By clicking "I agree" and continuing to use this site you agree to our use of cookies. CIP PRIVACY STATEMENT