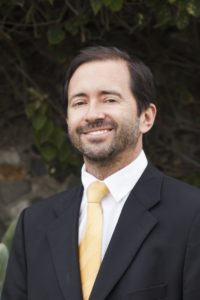 Profile Summary: Hugo Campos is Interim Deputy Director General for Research and Development at the International Potato Center. He has 25+ years of international experience working in several Latin-American countries, Sub Saharan Africa, US and UK. Most of his professional career has focused on molecular breeding – the intersection between plant breeding and biotechnology – with an explicit goal of delivering superior varieties and increase the efficacy and efficiency of plant breeding programs, and in developing commercially relevant drought tolerant varieties. He is experienced in diverse crop species such as sugarcane, maize, soybeans, canola, potato, sweetpotato and wheat. He is an advanced practitioner of topics such as innovation and entrepreneurship from a private standpoint. In addition to playing a direct role leading plant breeding international teams, Hugo has written/edited four books to date, which overall have been sold/downloaded in excess of 300,000 times, and is in the process of publishing his fifth book. He is a Chilean national and holds a PhD from the John Innes Centre, UK, an MBA from Universidad del Desarrollo, Chile, and a Professional Certificate in Innovation & Entrepreneurship from Standord University (USA). 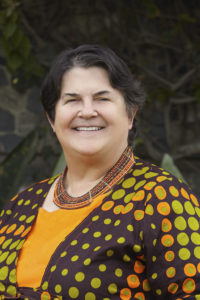 Title: Principal Scientist, Leader of the Sweetpotato for Profit and Health Initiative, Sweetpotato Action for Security and Health in Africa Project Leader

Profile Summary: Jan Low has worked for over 25 years in sub-Saharan Africa (SSA). Having majored in agricultural economics with a minor in nutrition during her doctoral studies at Cornell University, it is not surprising that her major research interest is the integration of nutritional concerns into agricultural projects and programming. While a post-doc at the International Potato Center (CIP) (1994-1996), she spearheaded the Center’s initial work on orange-fleshed sweetpotato (OFSP) in SSA. Subsequently, while an associate professor at Michigan State University, she led the first community-level study to demonstrate that an integrated OFSP-led agriculture-nutrition intervention could improve vitamin A intakes and status among young children. The subsequent paper won the CGIAR outstanding scientific article in 2007. Returning to CIP as its Regional Leader for SSA in late 2005, Jan led the expansion of CIP’s program in the region from two to ten countries. In 2010, with the funding of CIP’s largest project to date, Sweetpotato Action for Security and Health in Africa (SASHA), and the launching of the 10 year Sweetpotato for Profit and Health Initiative, Jan stepped down as Regional Leader to focus her energies on leading and growing CIP’s sweetpotato research for development program in SSA. In October 2010, she was appointed as a principal scientist. From 2011 through 2013, Jan served as the president of the African Potato Association (APA), with CIP and Kenya’s Ministry of Agriculture hosting the successful 9th Triennial APA meeting in 2013. She currently leads a team of editors that is publishing 59 articles from that meeting as a CABI book: Potato and Sweetpotato in Africa: Transforming the Value Chains for Food and Nutrition Security. 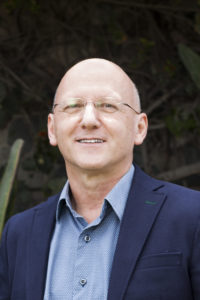 Profile Summary: Simon Heck leads the research and development projects portfolio designed to intensify, diversify and strengthen the resilience of agri-food systems with sweetpotato-related technologies. He is responsible for setting priorities that respond to changing country, regional and global demands and that contribute to the International Potato Center (CIP) and CGIAR long-term strategic objectives and goals.

He joined CIP in 2012 as Deputy Program Manager for Sweetpotato in Africa where he led the regional Scaling-Up Sweetpotato through Agriculture and Nutrition (SUSTAIN) project in 2013 and the Sweetpotato Program in 2014. He previously worked with the WorldFish Center, the International Union for Conservation of Nature (IUCN) and the UK’s Department for International Development (DFID).

An anthropologist by training, Simon has extensive experience leading research and development projects in agriculture, aquatic resources and environmental management. He has been chair of the Agro-Enterprise Learning Alliance for Eastern and Southern Africa and has contributed to policy and strategy development in several regional and national institutions in Africa. His disciplinary expertise is in social science and he has contributed to CGIAR research on resilience of social and ecological systems, food security, social development indicators, land tenure, and innovation systems. He has a PhD in Social Anthropology from Boston University. Title: Leader of the Genetics, Genomics and Crop Improvement

Lindqvist-Kreuze has more than 15 years of experience in potato genomics, molecular breeding and pathology at CIP. She is originally from Finland and received her MSc in Agronomy (Plant Pathology) from the University of Helsinki and her PhD in Molecular Plant Pathology from the Swedish University of Agricultural Sciences. 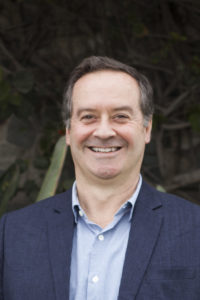 Profile Summary: Guy Hareau joined the International Potato Center (CIP) in 2008 to work on priority setting and impact assessment of technological change in agriculture. From 2008 to 2011, he was member of a research team that looked at outcomes and impacts of participatory research methods in Latin America. Between 2012 and 2014, he coordinated the group of impact assessment scientists from Bioversity International, International Center for Tropical Agriculture, CIP and the International Institute of Tropical Agriculture that conducted a strategic assessment of research priorities for the CGIAR Research Program on Roots, Tubers and Bananas (RTB). Currently, he focuses on foresight and strategic analysis and ex post impact assessment studies. He is principal investigator of the Global Futures and Strategic Foresight project at CIP, a multi-center initiative under the CGIAR Research Program on Policy, Institutions and Markets (PIM) led by the International Food Policy Research Institute. He has also been CIP’s focal point for PIM since 2012. He leads a research team estimating release and adoption of improved potato and sweet potato varieties in China, India and seven other countries in Asia. He is working on estimating adoption determinants and impacts of improved potato varieties in Peru and China. He is also studying how to assess impacts of ex situ conservation of genetic resources. Prior to joining CIP, Guy worked with the National Agricultural Research Institute in his home country Uruguay, where he got his degree of Agricultural Engineer. He holds a MSc (2002) in Agricultural Economics and a PhD in Economics-Agriculture (2006) from Virginia Tech, United States. Profile Summary: Jan Kreuze, an Swedish national, has been leading the crop protection team, and particularly the virology area, where he develops most of his work. Since joining the International Potato Center in 2003, he has led different projects and activities globally to ensure the delivery of donor commitments and continuity of funding stream. Profile Summary: As of August 2019, Ian Barker leads an innovative portfolio of research and development projects designed to intensify, diversify and strengthen the resilience of agri-food systems with potato-related technologies. He is responsible for setting priorities that respond to changing country, regional and global demands and that contribute to the International Potato Center (CIP) and CGIAR long-term strategic objectives and goals.

With over 30 years of experience in agricultural R&D in both the public and private sector, Ian’s background includes serving as the Head of Agricultural Partnerships for The Syngenta Foundation for Sustainable Agriculture (SFSA) based in Switzerland. He has also worked as Senior Principal Scientific Officer and Head Immunological and Molecular Methods Team, Food and Environmental Research Agency (FERA) in Sand Hutton, UK. Prior to joining FERA, Ian worked for CIP between 2006 and 2011 as Senior Virologist and Seed System Lead.

He holds a PhD from Exeter University and a BSc in plant sciences from Wye College, London University. Profile Summary: As leader of sweetpotato breeding in Africa, Maria Andrade provides programmatic oversight for the research and development portfolio and provides leadership in operational systems.

She joined the International Potato Center in 2006 where she managed the Sweetpotato Action for Security and Health in Africa (SASHA) Southern Africa Sweetpotato Support Platform bringing together sweetpotato breeders from Malawi, Zambia, South Africa, Madagascar, Mozambique and Angola, with a research emphasis on breeding drought-tolerant sweetpotato varieties. Since then, she has released 30 biofortified sweetpotato varieties of which 20 are drought tolerant.

Hugely successful, she has received numerous international awards for her innovative work in helping combat micronutrient deficiency and food insecurity with biofortified orange-fleshed sweetpotato, including the 2016 World Food Prize and the 2017 M.S. Swaminathan Award for Environment Protection. This work has also been recognized by the Mozambican government which has added recognizes biofortified sweetpotato as a food and nutrition security crop. These drought tolerant varieties have reached more half million farmers who have adopted them and are making profit selling the roots and the vines.

Maria holds BSc and MSc from the University of Arizona, and a PhD from the  North Carolina State University plant breeding. She has 30 years of working experience in Africa where Her research interests include crop improvement, technology transfer, improving seed systems and the enhancement of value chains for income-generation.