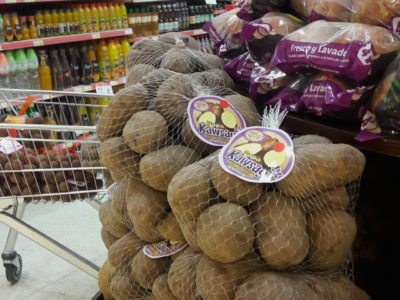 Kawsay potatoes were sold in supermarkets for the first time this year.

The sale of Kawsay potatoes in supermarkets in Lima earlier this year marked a milestone for a relatively new but resilient variety. Kawsay, bred by the International Potato Center (CIP), has the potential to improve incomes and food security in resource-poor highland farming communities. So CIP and partners are working to introduce farmers and consumers to the promising potato.

Officially released in Peru five years ago, Kawsay is a high yielding variety that is highly resistant to late blight, the disease which caused devastating famine in Ireland in the 1800s. Today late blight is controlled by fungicides, on which potato farmers spend more than USD 1 billion globally each year. But small-scale farmers in developing countries who are unable to afford fungicides continue to suffer the effects of the disease. CIP scientists have thus prioritized the development of late blight-resistant varieties and tools to help farmers manage the disease. 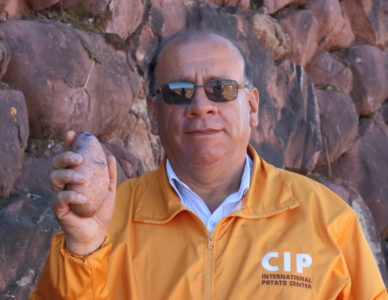 “Kawsay potatoes taste good, are ready to harvest earlier than other varieties, and contain higher levels of iron, zinc and antioxidants than most commercial varieties. This means Kawsay can provide nutritious food and generate incomes for rural farmers,” Gastelo said.

The only drawback is it can take years to get large numbers of farmers to adopt a new variety. Risk adverse, they prefer to grow potatoes with established markets. Yet without a significant supply of potatoes, it can be hard to get a new variety into markets. CIP and partners are consequently promoting Kawsay to both farmers and consumers.

Last year, Kawsay seed potatoes were distributed to 15 farmer groups in the Peruvian Andes under a two-year CIP project supported by the International Fund for Agricultural Development. This included a farmer association in Huarochirí – a highland community east of Lima – whose members grew Kawsay potatoes on a demonstration plot. 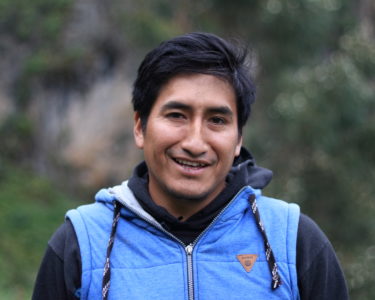 Joel Chumbimuni, the association’s president, was impressed. Kawsay didn’t require fungicides that farmers have to spray on their commercial varieties. In addition to saving farmers money, he noted that Kawsay could reduce the risk those agrochemicals pose to people and the environment.

“We want to do things in the most natural way possible, produce our crops in harmony with nature,” he said.

Huarochirí farmers recently planted seed potatoes from the Kawsay demonstration plot on their farms, and will harvest their first crop in April or May 2019. Hermes Huaquisto, a project manager with the nongovernmental organization ADERS Peru who was instrumental in getting Kawsay potatoes sold into Wong supermarkets, explained that managers had agreed to try the new variety in several stores, and were happy with the results.

“(Kawsay) has been well received by consumers. It tastes nice and is versatile, good in soups, mashed or fried,” Huaquisto said. He would like to get Kawsay into more Wong supermarkets and offer it to other supermarket chains. “We are going to continue promoting this variety.” 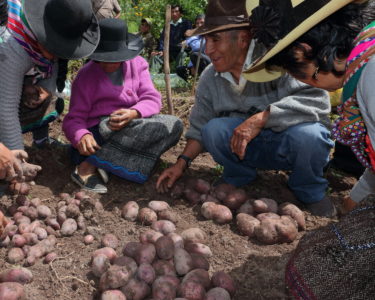 Another Kawsay promoter is Ronal Otiniano, a project coordinator at Asociación Patáz, which produces seed potato for Kawsay and the comparable CIP-bred variety Poderosa.

“The great thing about both these varieties is their strong resistance to late blight, which results in higher yields and savings,” he said.

Otiniano explained that smallholders in the Peruvian region of La Libertad, where Asociación Patáz works, spray fungicides on their potato fields between 12 and 18 times a season, which implies an average investment of US $300 to $400 per farmer.

“Some farmer groups with whom we work applied fungicides on Kawsay and others didn’t, and when the farmers who did saw the harvests of their peers who didn’t, they realized that they had used fungicides in vain,” he said.

Asociación Patáz sells disease-free Kawsay and Poderosa seed potatoes to farmers associations that multiply them and sell certified seed potatoes to other farmers, organizations and local governments. Otiniano explained that about 800 farmers in La Libertad grew the two varieties in the 2017-18 season, and saved much of their harvests to sell as seed or to re-plant. He said farmers in the region are planting about 400 hectares with Kawsay and Poderosa this year, which means they should havest about 10,000 tons in 2019.

Otiniano noted that Kawsay is becoming popular in La Libertad region, adding that Asociación Patáz has promoted and sold the variety at farmer markets in the regional capital of Trujillo.

“Housewives usually buy one kg to try them, and then they return the next day to buy four to six kg,” he said.

When the 2019 Kawsay harvest arrives in supermarkets and local markets, more families will have the opportunity to try that delicious, versatile potato. 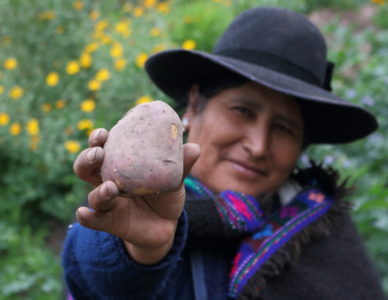 Madelaine Rodríguez is one of hundreds of farmers who are growing Kawsay for the first time.