Adaptable, productive Unica: a potato for farmers around the world 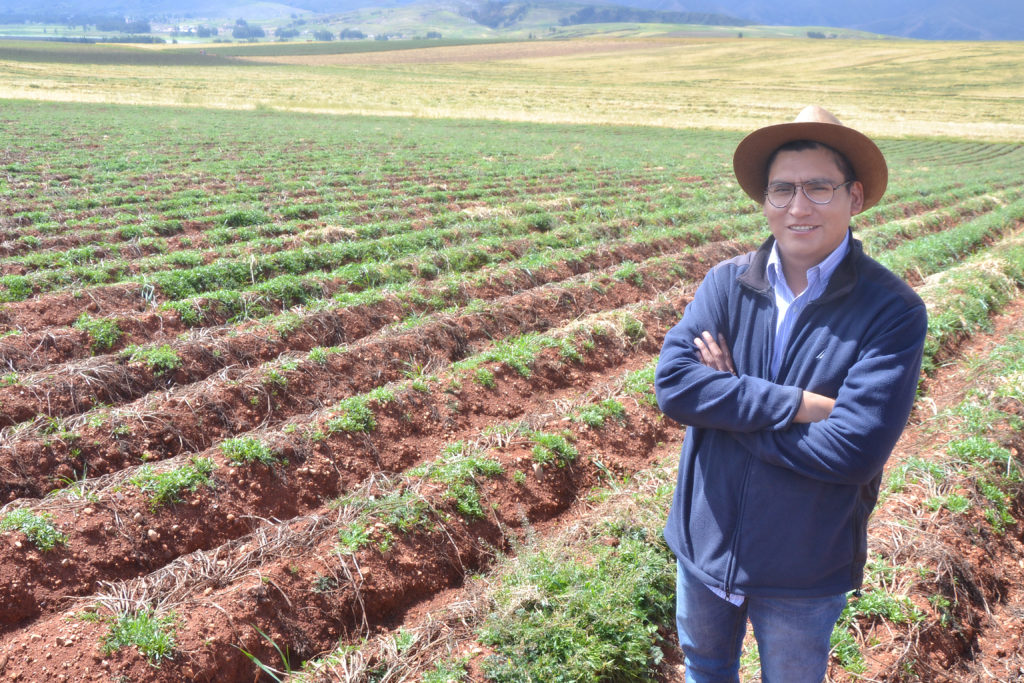 Alejandro Verastegui’s family has been growing the potato variety Unica in Jauja, Peru since the 1990s. Photo: Lucero Angeles

Alejandro Verastegui’s family has been farming potatoes commercially in Jauja Province, in Peru’s central Andean highlands, for three generations, and they primarily grow potato varieties that were developed by the International Potato Center (CIP). The most important variety for their business, however, is Unica: a CIP-bred, red-skinned potato that was first released in Peru in 1998 and is now grown in countries scattered across the globe.

Verastegui explained that his grandfather was one of the first farmers in Jauja to plant Unica. Its high productivity and strong market demand helped him purchase more farmland, and the family now plants more than half of that land with Unica.

“Our business has grown a lot thanks to Unica,” he said, adding that because so many farmers in Peru want to grow the variety, he is now concentrating on producing high quality seed potatoes for it.

Unica is just one of the more than 2,000 potato varieties that CIP has developed in its quest to improve the food security and livelihoods of farmers around the world, but it has traveled farther than most. 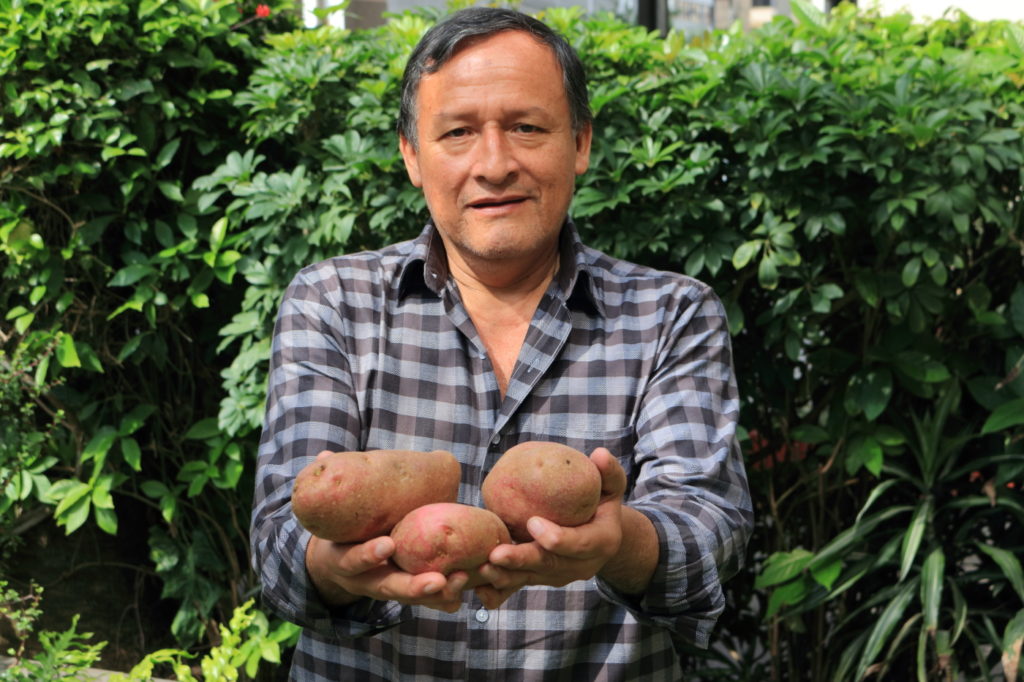 Potato breeder Jorge Alberto Espinoza was involved in Unica’s development from the cross that created it to it’s release as a variety in Peru. Photo: D. Dudenhoefer/CIP.

Potato breeder Jorge Alberto Espinoza, who worked for CIP for 25 years and was closely involved in the breeding and evaluation of Unica in the 1990s, explained that its success is due to its varied attributes. A product of CIP’s Lowland Tropic Virus Resistant (LTVR) breeding population, Unica grows well in mountains and lowlands and is resistant to potato viruses that can significantly reduce yields. It also produces plenty of potatoes, which are ready to harvest within three to four months of planting, and taste good boiled, roasted or fried.

Espinoza explained that Unica was first selected from a group of potatoes that were being evaluated in the Andean region of Huancayo because it was one of the only ones that survived an attack of late blight disease. Scientists then field tested it in 17 areas of Peru’s coastal lowlands over the course of a decade, and confirmed that it tolerates heat, drought and soil salinity. During this time, it was simply known as CIP No. 392797.22, but once the scientists decided it was worthy of national dissemination, the clone was given to the University of Ica, in southern Peru, to release as a new variety. It was thus was given the University’s popular name: UNICA.

“Farmers usually resist adopting a new variety, but because Unica produced tubers in three months and was resistant to late blight and viruses, farmers quickly started growing it,” Espinoza said. 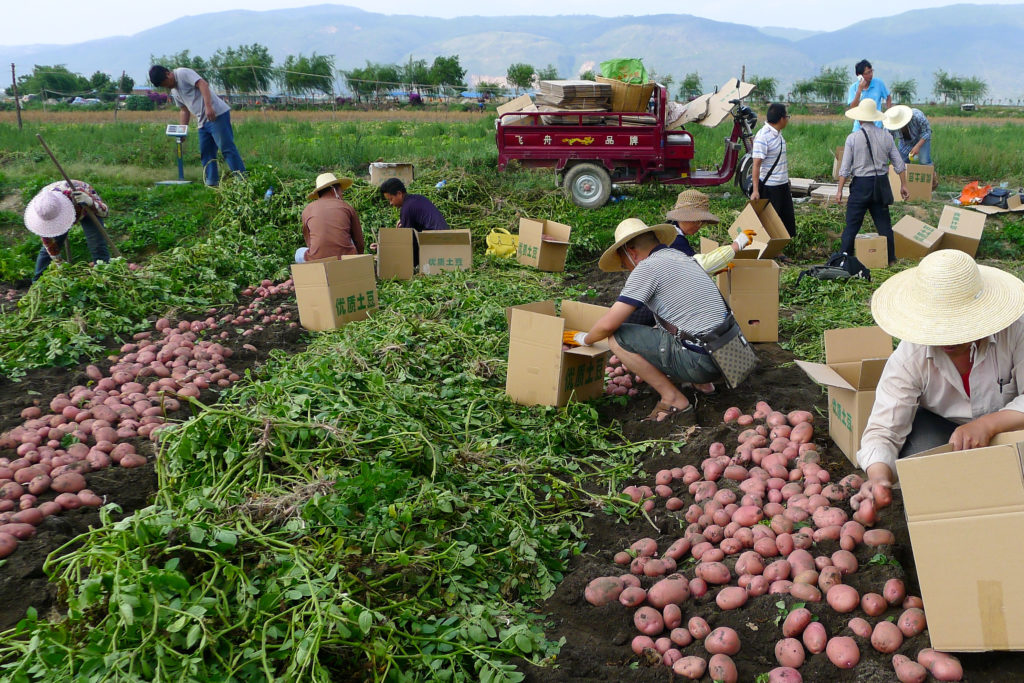 Unica is now grown in 10 provinces of China under the name Qingshu 9. Photo: Kaiyun Xie.

As a growing number of farmers in Peru adopted Unica, CIP shared it with scientists at the Qinghai Academy of Agriculture and Forestry Sciences, in China’s Qinghai Province. After five years of evaluation in Qinghai, it was released as a new variety in that province, and following field trials in other provinces, it was released nationally in 2011 with the name Qingshu 9. Over the next five years, it came to be grown in 10 Chinese provinces, and it is now widely cultivated in Qinghai and Ningxia provinces.

Unica’s success in Peru and China led institutions in several countries of Central Asia and Africa to evaluate it at field stations and in communities. As part of an initiative to identify potato varieties and technologies to help farmers produce more food in the hot, dry summers of Central Asia, Unica was sent to Tajikistan and Uzbekistan for evaluation in 2005. Unica proved to be more productive than popular varieties in Tajikistan, and in 2014, it was released as a new variety there with the name Tajikiston. Unica is still being evaluated for possible release in Uzbekistan and Georgia, but has been released as a new variety in Bhutan. 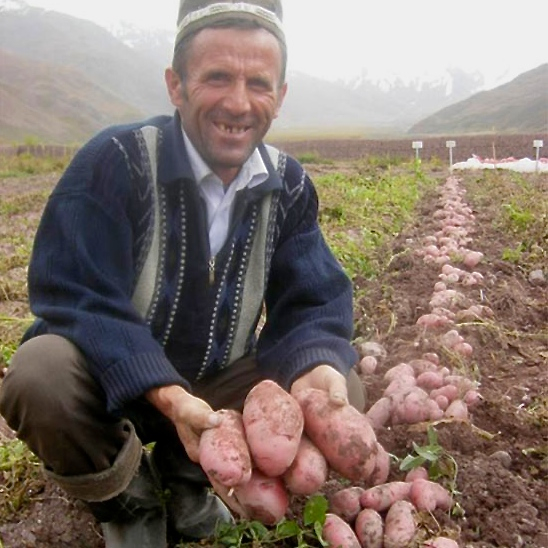 Smallholder farmers are growing Unica in the regions of Jirgatol and Khatlon, Tajikistan

CIP also shared Unica with partners in several countries of East Africa, in hopes that it will improve food security and incomes in that region. As part of a project supported by the CGIAR Research Program on Climate Change, Agriculture and Food Security, it was one of six clones that underwent participatory varietal selection by smallholders in Lushoto District, in the Usambara Highlands of northeastern Tanzania. Unica was one of two clones that Lushoto farmers selected for recommended release as an official variety. While those farmers are growing Unica under the local name of Mkanano, it is also undergoing multi-location field trials in Tanzania, as a prerequisite for release as a new variety. It is also under evaluation for release in Rwanda.

Unica was one of 37 clones that CIP and partners evaluated in Kenya under a project supported by the Syngenta Foundation for Sustainable Agriculture. Unica had significantly higher yields than the other potatoes evaluated and was subsequently release as a new variety. Earlier this year, certified seed potatoes for Unica were distributed to thousands of Kenyan farmers, who recently completed their first major harvest of the variety 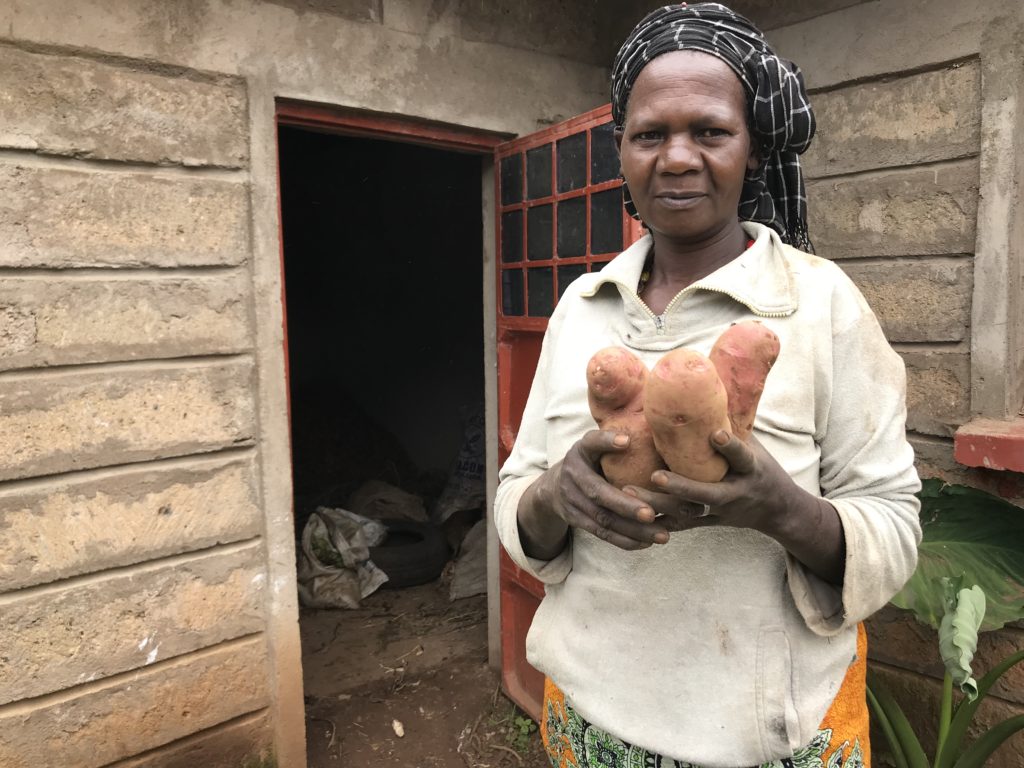 One of those farmers is Doris Kagendo Gikunda, who lives in Meru County, in Kenya’s Eastern Region. Gikunda explained that she likes Unica because it matures more quickly than the varieties she has grown in the past, and it produces more, larger potatoes. Like other farmers in the region, Gikunda appreciates Unica’s potential as both a food security and cash crop.

“Unica is very good when cooked,” she said. “It has a ready market. People in towns who prepare chips love it very much. It is also marketable to people at the big hotel chains.”

Potatoes for the future

Since it is currently under evaluation in several countries, and has only recently been released in others, it is impossible predict Unica’s trajectory, but is quite likely that thousands of new farmers will begin growing it in the coming years. Espinoza, who now works for Frito-Lay, observed that he and his colleagues at CIP always tried develop potatoes for other parts of the world, but he was pleasantly surprised that Unica was adopted by farmers in so many countries.

“It’s very satisfying to have had the opportunity to do work that has resulted in a variety that so many people are growing and eating,” he said.

CIP potato breeder Walter Amorós noted that one advantage breeders in Peru have is that the country comprises everything from deserts to snow-capped mountains to tropical rainforests, which means improved potato varieties can be evaluated in an array of environments. He explained that while Unica has quite resilient, CIP has developed clones that have even greater disease resistance and tolerance of heat, soil salinity and drought.

“We have distributed clones that are superior to Unica in both yield and tolerance to abiotic stress” Amorós said. “They have the potential to help farmers around the world deal with climate change.”